ELYTT ENERGY carried out the design of unions between reactor layers for new generation fusion reactor DEMO, which is considered to be the next step of ITER fusion reactor. This work has been developed under EFDA supervision.

In order to obtain fusion reaction between tritium and deuterium ions, the plasma containing those ions has to be heated to more than 100 millions Celsius degrees. For that, radiofrequency and neutrum injection technologies are used. One of the drawbacks of such a high temperature is that, during heating, the plasma expands and tends to contact the walls, loosing heat. To avoid this heat sink, the plasma must not touch the walls.

Despite that plasma does not touch the walls, the walls must stand high temperatures. Mentioned walls are designed in several layers, so that each layer has different missions, such as heat transfer to water, tritium obtaining through lithium, act as injected neutrum protective shield, act as thermal shield… 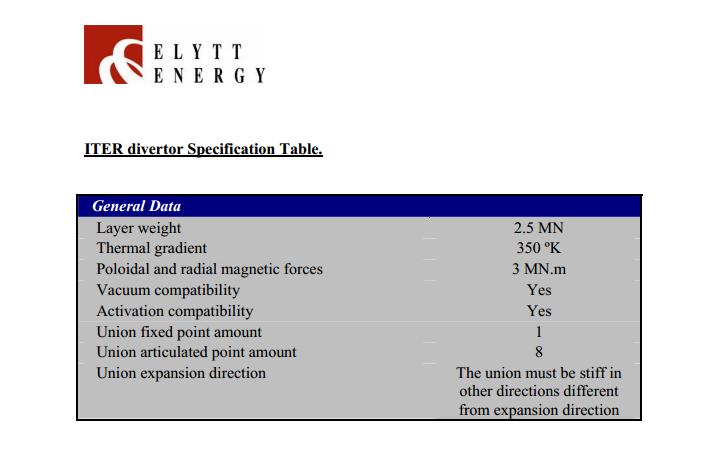