Three common uses of a flywheel include:

They provide continuous energy when the energy source is discontinuous. For example, flywheels are used in reciprocating engines because the energy source, torque from the engine, is intermittent. Geothermal Energy, Wind Energy, Diesel generators.

They deliver energy at rates beyond the ability of a continuous energy source. This is achieved by collecting energy
in the flywheel over time and then releasing the energy quickly, at rates that exceed the abilities of the energy source.
KESS, UPS, Railways, Smart grid energy storage.

They control the orientation of a mechanical system. In such applications, the angular momentum of a flywheel is purposely transferred to a load when energy is transferred to or from
the flywheel. 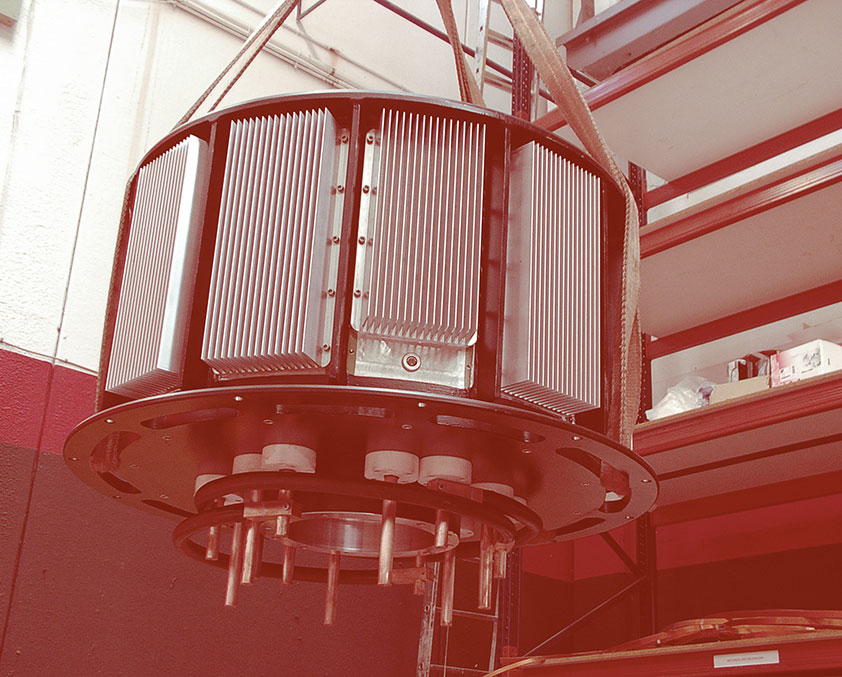 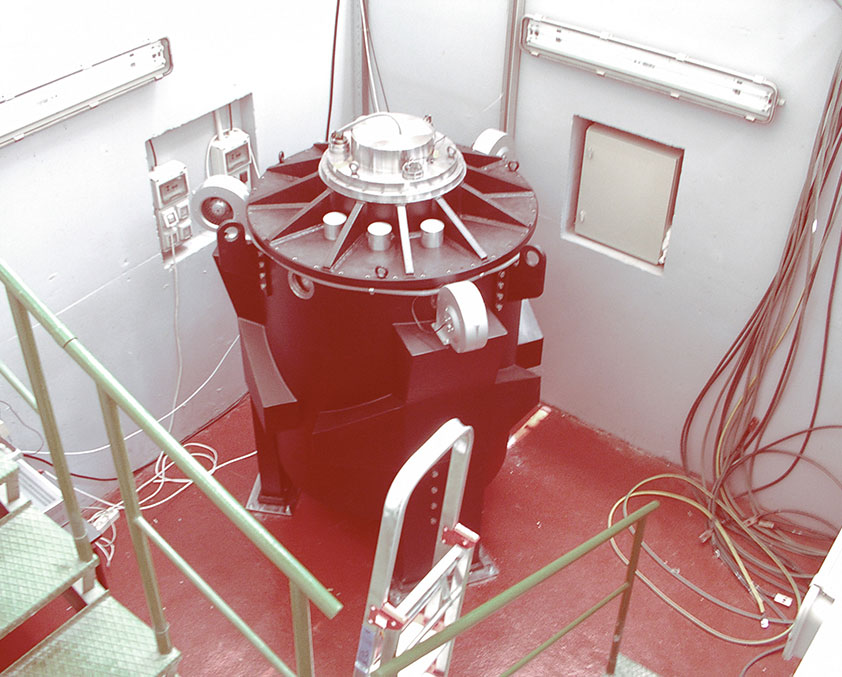 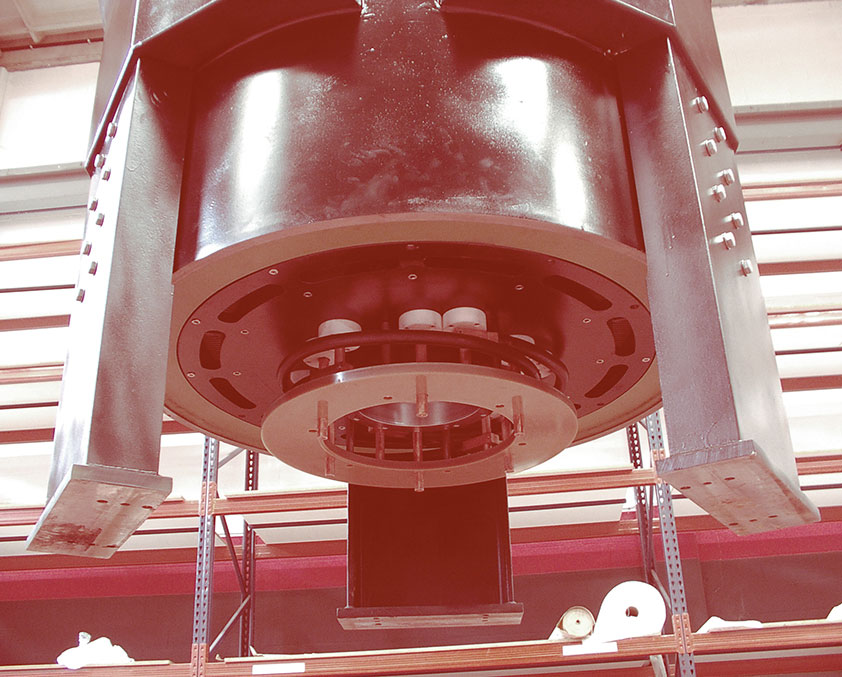 Our Flywheel products are:

The Flywheel on board alternative is to store the braking energy on the train. This not only avoids the electrical complications of regenerating through the traction power supply network. It reduces the rated power requirement of that network by lopping demand peaks during acceleration, saves energy by reducing losses in the catenary or conductor rail, and by limiting voltage drop it allows substations to be further apart.

Tram on board TECHNICAL DATA 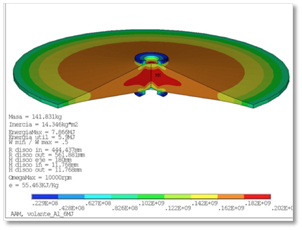 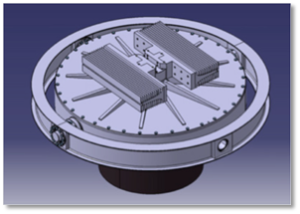 Our Flywheels are basically composed by a flywheel with a reluctance electrical machine attached.

If you wish more information about Flywheel technology and applications, please visit the following link: